One of a kind in Finland and the whole Nordics – Wunder’s Senior Drupal Developer Rasmus Werling earned his third Acquia certified Drupal Grand Master title, being the eighth in the world with the accomplishment. 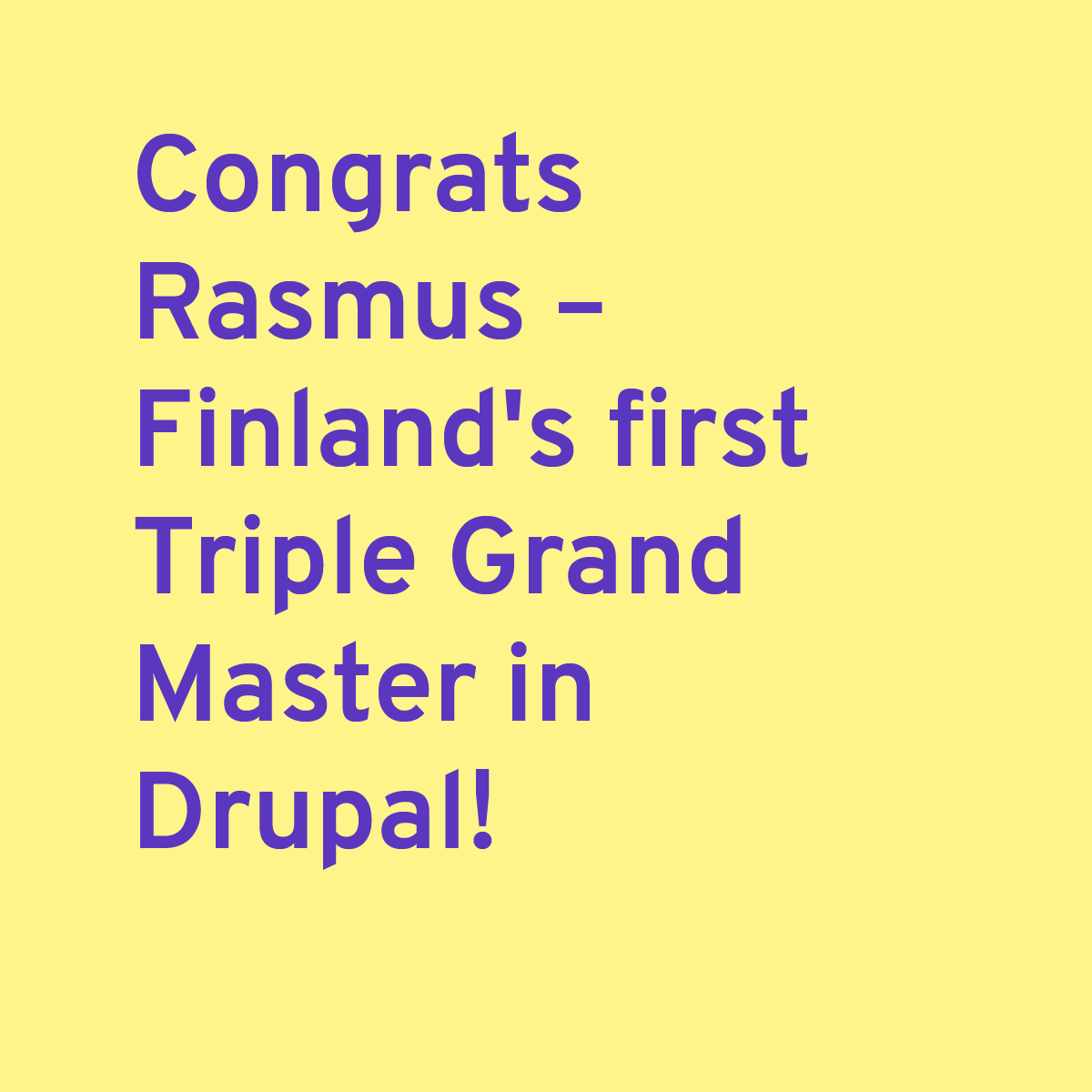 When Rasmus Werling was introduced to Drupal during his studies on information technology in 2009, it was love at first sight. Since 2011, Rasmus has been a full-time Drupalist, still fascinated about the open-source technology’s development – and passionate about continuously developing his own skills as well. And a seasoned Drupalist he is, officially – Rasmus is the eighth Drupalist worldwide who possesses Acquia certified Grand Master titles in Drupal versions 7, 8 and 9.

Drupal-certified developers have proved their competence

Acquia, a Drupal agency founded by Dries Buytaert, has developed comprehensive exams for Drupal developers to test their Drupal skills. By passing the exam, the developer earns a certificate of expertise around the subject. Four certificates have been available per each Drupal version (starting from D7): Acquia certified developer, site builder, back end specialist, and front end specialist. Each test consists of 50-60 multiple-choice questions that test the respondent’s hands-on development expertise.

So, passing an exam is a respected accomplishment. But achieving developer, back end and front end specialist certificates per version indicates that the developer truly knows his way around Drupal. At that point, one earns a Drupal Grand Master title.

Currently (01/2022), there are 562 Grand Masters across D7-9 versions globally. 81 of them are Drupal 9 certified Grand Masters, but only one of them comes from the Nordics – and that would be Rasmus.

“Anyone can say they’re great at Drupal, but the certificates validate that argument. I personally enjoy the challenge the exams deliver, and adding another Drupal certificate to my CV surely does not hurt. In some tendering, the clients have even required Drupal certifications from the developers”, Rasmus explains.

Rasmus hopped into the Wunderwagon in 2019. His career at us started off with great verve, as already on his second day in, he was introduced to one of our clients and joined its development team. After that project, Rasmus has taken the Lead Developer’s role in our partnership with Fortum.

When asking him what made him choose and stay with Wunder, Rasmus says it’s about a feeling that’s hard to describe.

“Well, since day one, I just have felt at home in Wunder. I can completely be myself here, and as there’s always someone to turn to, I’ve also learned a lot. In addition, Wunder takes good care of its employees, I love the Hug system, and for me, the company size is optimal.”

We at Wunder are thrilled that Rasmus has chosen us, and we want to congratulate him publicly for his great accomplishment of being:

The stats are according to Acquia’s public Certification Registry.

Would you like to work your magic on Drupal with other great Drupalists like Rasmus? Well, you’ve found your way home.
Back to top