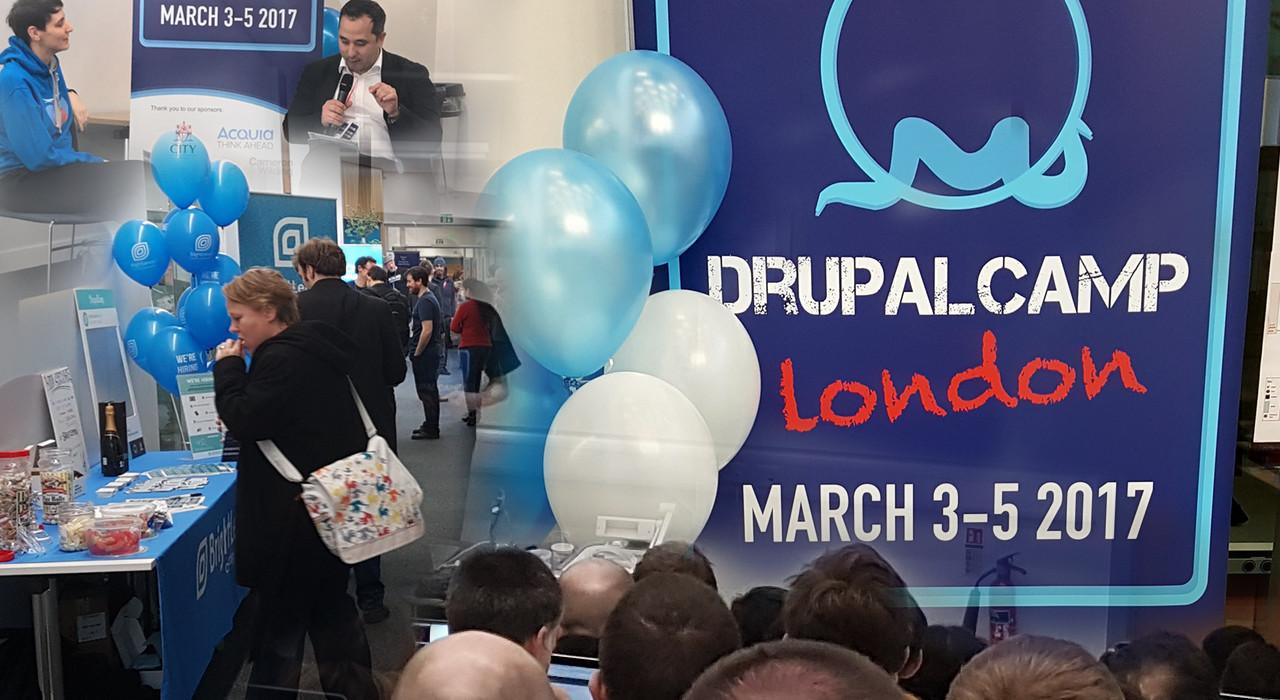 This was the fifth time for DrupalCamp London. It was held from the 3rd of March to the 5th of March. The venue was the same as usual: City, University of London. Supported by Wunder, I was sent out to volunteer and help make this event run smoother.

The event consisted of CxO day on Friday and community days on Saturday & Sunday.

There were six of us from Wunder participating:

The CxO day was a fantastic opportunity to bring strategic thinkers from commercial and agency backgrounds together under one roof to inspire, learn, and network.

There wasn’t a particular focus or theme running through the day but the content ranged from real-life examples of Drupal and its place within large organisations (such as Viacom – MTV and Comedy Central) to psychological research on how people behave in working environments and agency success stories.

At the very least, the sessions delivered some mixture of TED Talks-Esque entertainment and inspiration but the real value revealed itself in between sessions.

The networking opportunities allowed us to speak with businesses and competing agencies to compare notes on the opportunities and challenges of our markets, such as digital transformation taking place in well-established (traditionally slow-moving) industries, how Wunder operates in comparison to other agency setups, and more.

The day was kicked off with Matt Glaman’s keynote speech. It was his first-ever keynote speech and he was worried he would tank it hard – his words not mine. “The first keynote, not even in a home area, and largest camp in Europe”, so he was a bit nervous, but it was great.

After the keynote speech, there were five tracks where each speech was labelled by topic and skill.
The topics during the weekend were:

During the session monitoring task, I was able to follow some sessions and I’ve found out one really interesting topic given by Gabriele Maira. It was about “Configuration deployment in Drupal 8” introducing an idea that we have at least four different segments of configuration for different types of cases. He demonstrated and described each segment in detail and brought up which tools are suitable for which cases. The key point was that the core itself can’t handle all of these segments well, so we need to be aware of this and name these segments.

After sessions there was an evening social at a pub close by (thanks for sponsors for keeping taps open!), however, I didn’t make it to this evening social but I heard that people enjoyed the evening.

The breakfast (bacon burgers, I suppose?) were served and people gathered one-by-one to recap last evening´s socials and to get ready for Jam‘s keynote speech.

Sunday had again five tracks but only two sessions per track, so Sunday was a short, nice & soft ending. The day ended with a closing keynote by Danese Cooper who had flown over from San Fransisco to talk about open source. She currently serves as a chairperson for the Node.js Foundation and was previously a Director of the Open Source Hardware Association and CTO of the Wikimedia Foundation.

Generally, I was impressed by the topics in the event.

I also expected more Drupal-newbies but it turned out there were lots of experienced people in the camp. Therefore there was no high demand for sprint mentors for which I was originally interested in when signing up as a volunteer.

PPS. All the leftover food from the camp were given to the homeless, how nice is that!

What really is new in Drupal 8? Article

What really is new in Drupal 8?

What really is new in Drupal 8? Article

What really is new in Drupal 8?