Turku Region Traffic got new, comprehensively serving web service – and, as the first in Finland, contactless payment on buses. 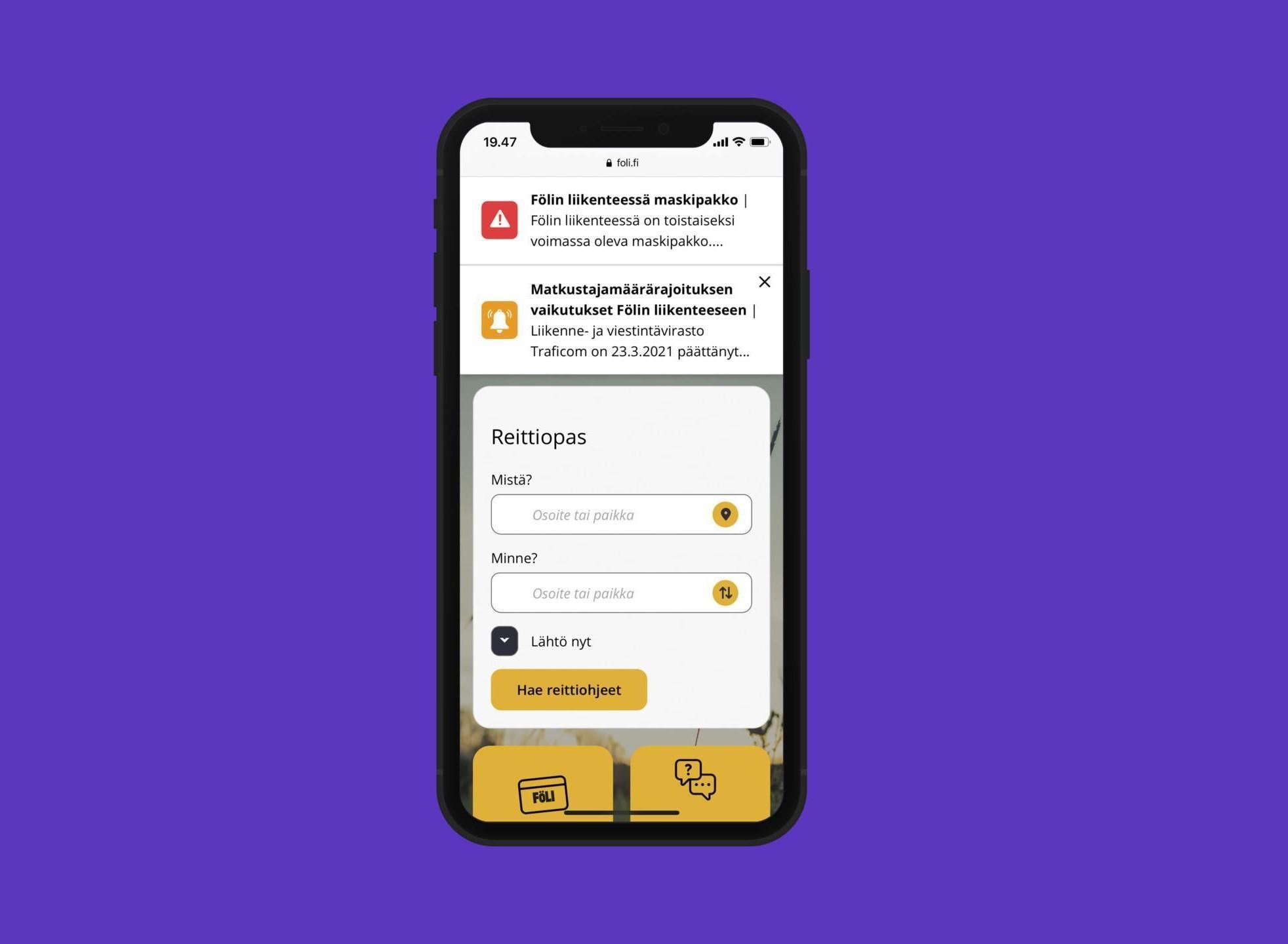 The renewed service website of Turku Region Traffic, Föli, was launched in week 12, and Wunder plays a comprehensive role in the website renewal – from the initial service design project all the way to the final implementation, hosting, and continuous development.

Föli.fi serves public transport passengers in the areas of Turku, Kaarina, Raisio, Lieto, Naantali, and Rusko and is now more modern than ever. In addition to its highly accessible and mobile-friendly features, the renewed website now also features disruption notices and news and other announcements related to the activities of Föli. The Drupal-based website utilizes microservices architecture, which allows for integrations also in the future.

Another sign of the forward-thinking agility of Turku Region Traffic is also the fact that Föli was the first in Finland to offer contactless payment on buses.

“Adding contactless payment to the plans near the end of the project shows that the client is capable of fast manoeuvres. It has been an honour to work with such a forerunner. People at Föli understand the potential of the newest solutions, but do not implement reforms just for the sake of reforming. With this, I’m referring to the fact that the popular and functional elements from the old site were also included in the renewed site,” says Wunder’s Project Manager Ville Sirkiä, who also lives in the service area of Föli.

The tone was positive for working together also on the client’s side. The project started just under a year ago and the following sentence was spontaneously expressed at a meeting last autumn:

“Wunder has a talented, fantastic team.”

This comment on Wunder’s activities was made by Public Transport Director Sirpa Korte, who works for the City of Turku.

Browse the newly published service at foli.fi and tell us what you think of the website!

Do your digital services run optimally? We are glad to help you map out the current situation and plan the future ahead.

Mario is back – this is why Article

Mario is back – this is why

Mario is back – this is why Article

Mario is back – this is why