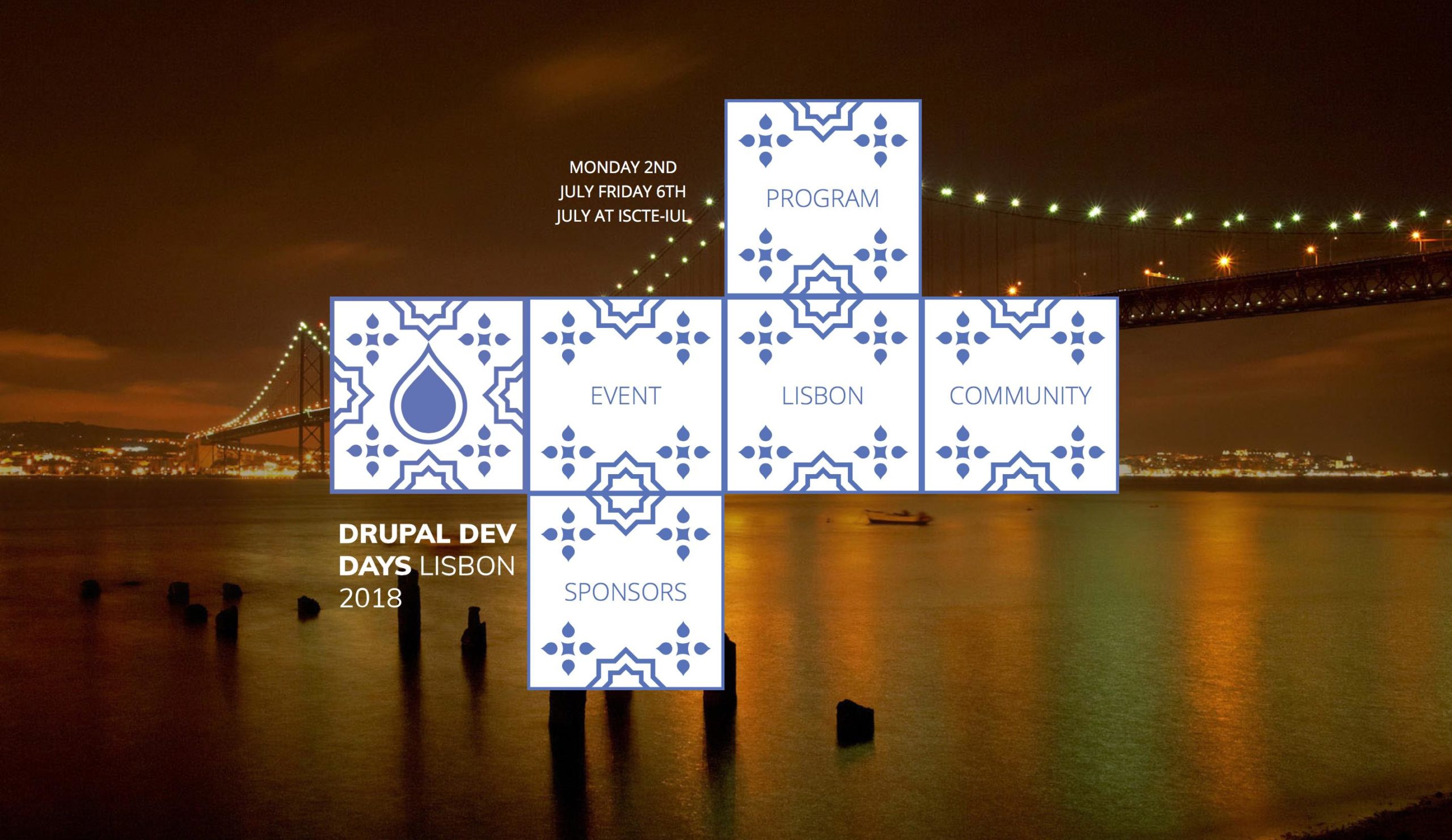 At Wunder we think that Drupal community and development are important, so we sponsored Drupal Dev Days 2018 Lisbon and sent 10 people to the event. At the event, we had four speakers, one organiser, one volunteer and sprinters.

Most of our participants were looking for being able to learn new things by contributing together with other Drupal developers.

When you compare this Drupal event to other ones in Europe, this one is famous for contributions, because the target audience is developers and they, of course, want to use the opportunity to be able to have face-to-face discussions and sharing interesting views on things around Drupal.

Compared to previous Drupal Dev Days Seville 2017, this time there were better facilities for having sessions. The event had good presentations and while having three tracks in parallel, some people might have struggled to prioritise between going to an interesting session or just keep coding.

As a developer-centric Drupal event in Europe, GDPR was certainly a very popular topic in terms of BoF, sprinting and sessions!

During Thursday, our Tuomas Leppänen participated in a BoF workshop about GDPR modules, where most of the discussions were about how to proceed with GDPR generally with Drupal. The current state is that there are different modules available and some of them are overlapping a little bit and they don’t “talk to each other” so much. One of the topics was to collaborate on creating a help page on how to become GDPR compliant in Drupal and even use live demo examples.

Also, Tuomas released a new version of GDPR consent module with boosted collaboration during sprinting at the contributions room.

From many sessions and discussions, the general sentiment was that Drupal is in the middle of an identity crisis and finding its way of staying relevant in the CMS market. The strategy seems to be going decoupled.

Going decoupled brings so many questions and good conversations such as who is still the target audience? Developers vs editors and what about site builders?

The general consensus seems to be that site builder role doesn’t exist or at least going to die in future.

Developers want to have more freedom around the stacks they use and of course, this mostly means frontend developers. Backend developers seem to be wondering more about how Drupal would be different from other backend services out there.

All developers agree that editors are important and people were discussing and having sessions about how to provide good editorial experiences. On Friday, we had Miquel Fonseca showing us the famous Gutenberg editor coming for WordPress.

All in all, going decoupled seems to be highly agreed, but it is still in process of discussing how to get there.

Another topic that came up in many sessions and even more hallway conversation was Kubernetes, the open-source container orchestration engine.

The technology itself is quite interesting, but most importantly it makes modern hosting practices available to a much wider audience, something quite interesting to many agencies in the Drupal ecosystem. While each use case is slightly different, it has been incredibly valuable to share our own experience, get feedback, and also hear how others are approaching similar challenges.

Kubernetes is bringing the value of open source at a completely new level, and we are very eager to see the collaboration with others continue in the future.

What was all the fuzz about the voting machine?

We thought that we would like to ensure our lovely sprinters would’ve healthy snacks for coding and we came up with the idea of letting sprinters decide what we’ll bring to them.

For the event, we built a voting device using ESP32 chip with Mongoose OS prototyped using JavaScript and having two buttons for letting people vote for next day’s items.

Here are the results:

Having an event where developers can come together for coding for one week is uniting and educative. Unity and gaining confidence on the direction is important for Drupal. Having a diverse and friendly community within important times in Drupal is extremely valuable.

We totally recommend this event for persons that want to learn things by coding and sharing ideas around Drupal.

Thanks for all the organisers, volunteers and sponsors that made this event possible!