Drupal 10 is here! What it offers and what happens to previous Drupal versions? Find out here.

Drupal 10 is here! What it offers and what happens to previous Drupal versions? Find out here.

Drupal versions and their support

Digital solutions made with Drupal that are currently used around the world are mainly based on Drupal versions 7 and9. Drupal 9 was released in June 2020 and Drupal 10 in December 2022. Drupal 10 came with even more powerful digital solutions, enhanced content creation experience, higher level of security and it provides a longer lifecycle for the implemented solutions. Feature updates to the major version will also continue twice a year in the future.

If your web service still utilizes Drupal versions 7 or 9 (or even 8), now is a good time to consider upgrading your digital services and planning the next steps for further development. Upgrading Drupal 7 sites requires considerable effort, whereas upgrading from Drupal 9 to Drupal 10 may turn out to be a simple operation.

Here are the dates in a nutshell:

Drupal 9 is here, but Drupal 10 is on its way! What does this mean?

Drupal 8 was designed in a way that makes upgrading to Drupal 9 easy and relatively effortless. Previous version upgrades have involved rebuilding the sites almost from scratch, but this is by no means the case with Drupal 9 – and the same policy will continue with Drupal 10. You could say that in some sense Drupal 9 is the latest version of Drupal 8 and Drupal 10 will be the latest version of Drupal 9. Once a Drupal 8 site has been built using the latest version, the updates have been performed and the latest module versions have been installed, the only thing left to do when upgrading to Drupal 9 is checking the compatibility of custom modules and modules developed by the Drupal community. Upgrading from Drupal 9 to 10 is just as easy.

When Drupal 9 was released, we described the version upgrade by comparing it to a railway. Previously, you would have to move the entire train onto a whole new track and even the track gauge would be different. In this model, you could run the Drupal 8 train right along the same railway track to Drupal 9 and have the Drupal 8 train spring-cleaned at the railway platform: the redundant and outdated code is cleared away and third-party libraries (Symfony, Twig, CKEditor, etc.) are updated to new versions. This spring clean enables the development of new features. And while the train is standing at the station anyway, other measures can be taken at the same time to ensure an even smoother digital ride. Implementing Drupal 10 is practically just the same as upgrading from a previous version to the newest one.

Next, we will look at the opportunities and options that are available to Drupal 8 sites and then suggest the best course of action for Drupal 7 sites.

Upgrading from Drupal 8 to Drupal 9 is significantly easier than previous major version upgrades. The workload of the upgrade depends on the following:

Tackling the scope of the above is our strong suit, so you can order an audit from us to find out exactly what you should do at the station to make sure your digital journey on the Drupal train can continue without a hitch.

If you want more information and an offer on gauging the readiness of your D8 service for the D9 upgrade, leave us your contact details and we will be in touch:

Getting a Drupal 7 train to run on D9 tracks involves a heavier workload than D8. This change requires some degree of rebuilding.

There are several solutions out there and the sooner you start the upgrade process, the more options you have to choose from.

In principle, we provide three different options for upgrading Drupal 7:

We would be happy to discuss these options with you in more detail.

The good news definitely is that once Drupal 7 in on board with Drupal 9, the need for the next bigger site overhaul will be pushed far into the distant future. Because, as mentioned, Drupal versions 9 and 10 are just one stop apart. 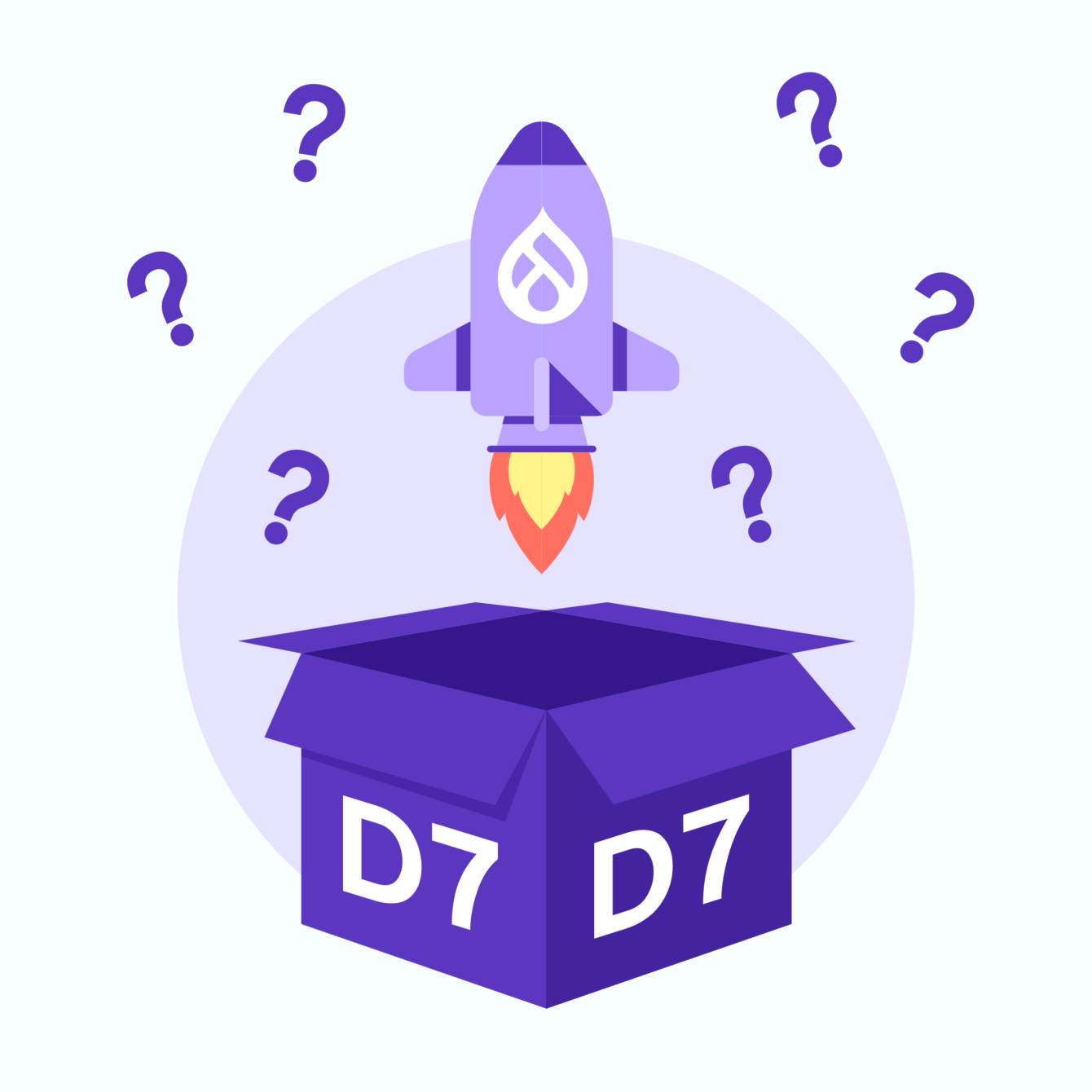 Do you want to learn more about Drupal?

If your web services run on D7 or D8, leave your contact information via the form below, and let us go through together what would be the smoothest transition to the D9-train.