This solution has reduced the time we spend working on some of the basic tasks. For example, it seems the number of phone calls has decreased. Among other things, the great combination of information and visuals has been praised.

What are Service Advisor Applications?

Service Advisor Applications are step-by-step guides to help one understand the immigration process. They also explain which public authorities one needs to contact before and/or upon arrival and how to find the right services. The solution is used as part of the two services published as a result of the project:

The nationwide Welcome Guide serves individuals and families with foreign background who are relocating or planning to relocate to Finland for work or study purposes. IHH, on the other hand, helps immigrants who are already living in the Helsinki area. In addition to private individuals, IHH’s service also helps companies and employers in foreign labour matters.

Fewer repetitive questions to customer services, smoother services for customers, and of course happier people on both ends. 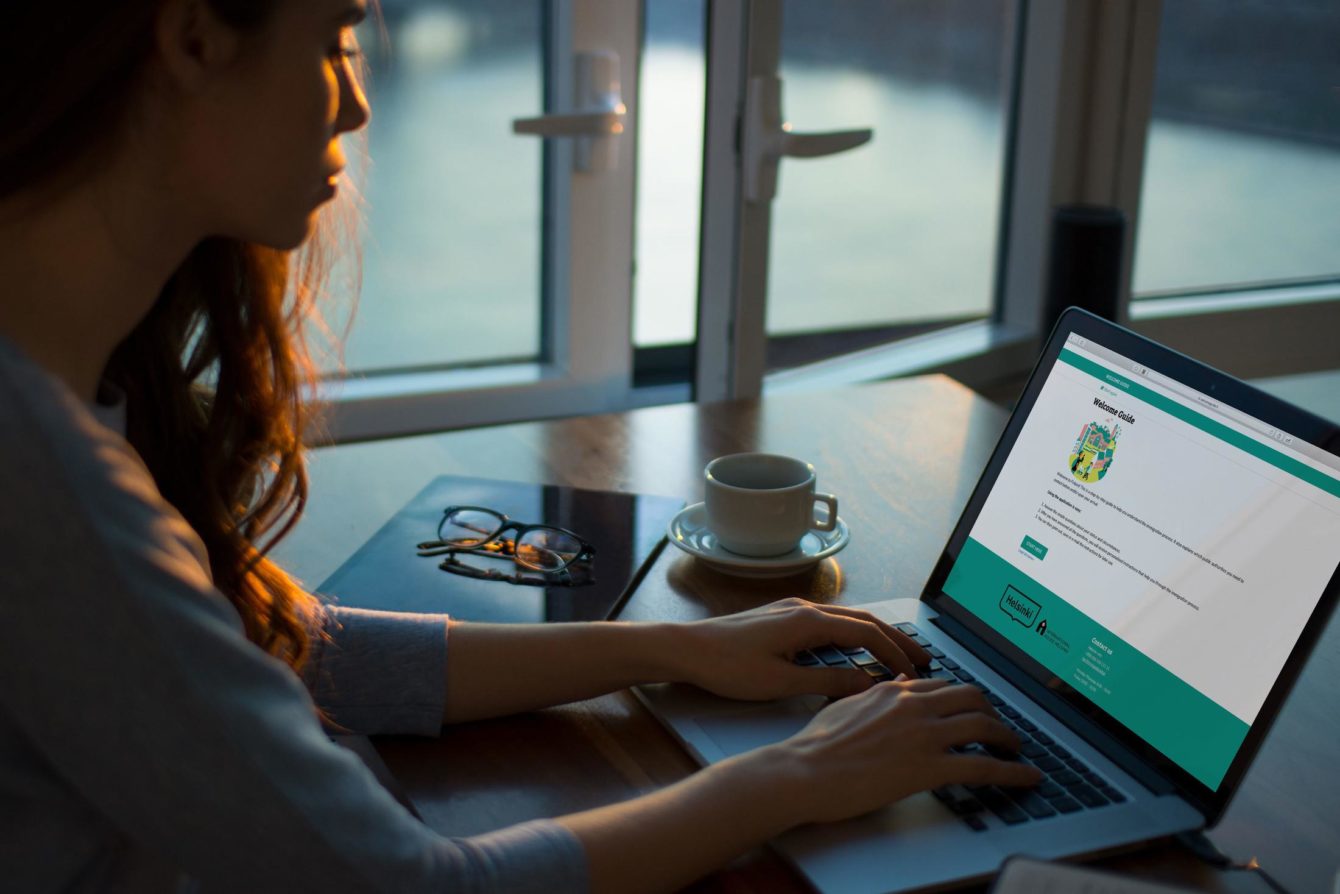 ”This was the challenge faced by the City of Helsinki when we started cooperation in September 2017. The City wanted to offer a service that helps immigrants to find information for their individual needs. The service would also support the people working in the immigration advice services.”

Wunder’s Heike describes the services: ”In practice, the user of our solution answers questions about their situation, such as purpose for immigrating and future plans for studies and work. Based on the answers, the user will then get specific instructions on which documents to bring along and in which order to deal with the different authorities and agencies in their individual situation.”

Advisor service solution is easy to use to anyone who visits the websites – as it should. However, reaching this level of usability has required much work. Senior Frontend Developer Teemu Pärssinen from Wunder describes:

”Simplicity like this is often challenging to create from the technological point of view. It takes a lot of work to get something to be as simple as possible for the user. For example, the question-answer logic of this service requires a lot of information storage and retrieval during different stages. All the different options lead to different paths, which finally results in a customized instruction page for the user. The fact that users can return to any point of the question path also required a lot planning.”

We are really happy. The schedule was tight but Wunder got the hang of what we needed quickly, and the deadline was met.

Wunder’s Talvikki Heike describes the large project as a demonstration of the power of cooperation: ”This was a multi-vendor project and we worked tightly with many different parties. The solution was designed keeping both the needs of the staff and the end user in mind. We worked together with the city staff and tested the service with real users to serve both groups. The public administration is often thought to be slow and formal, which is why it was great to see how the project team worked in an agile way. Together, we reached the set project goals.”

”The service plays an important role in advice services. We’ve been able to allocate more resources to value-added work. User feedback from both immigrants and employers has been very positive.”

Nissinen and Nurmi agree that the cooperation with Wunder was smooth and the project team was a pleasure to work with – and that this really matters.

More info about this