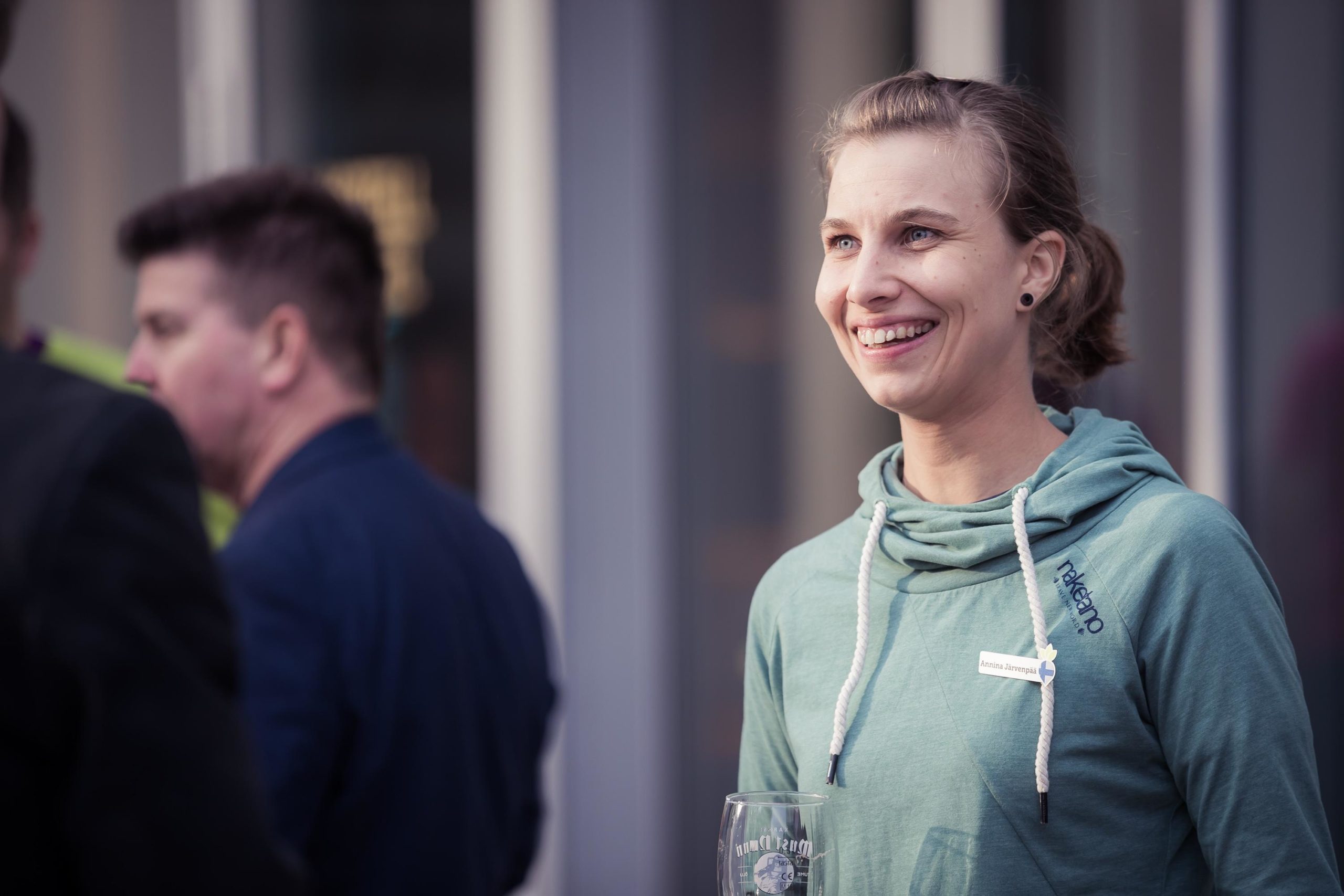 When I was thinking about writing this blog post, my first thought was that I’m not the right person to write about being a woman in tech. I’ve never understood gender roles so I was afraid that my point of view would be somehow wrong.

But that’s the whole point, we’re all individuals with different backgrounds. Why wouldn’t I give it a shot? So here’s my story.

How it all began

As a child, I found computers fascinating. I didn’t have anybody to teach me anything so I just spent hours after hours inspecting, editing, deleting and moving different files just because I wanted to find out what they did. At the time we only had one PC at home and I definitely managed to break things. Sorry, Mom.

Anyway, nobody ever told me that fooling around with text files could be my future profession so I forgot about it and started doing whatever it was that other kids did – PlayStation was the thing back then.

I don’t think I ever seriously thought about what I’d want to be when I grow up. My approach to planning has been short term – anything that happens half a year in the future I leave for the older and wiser future me to deal with.

Years passed, I finished high school, and I suddenly needed to decide what to do next. So I browsed through a catalogue of universities in Finland and the courses they provided. I ended up applying to two different universities that provided courses which sounded like fun: information technology and marine technology. Fortunately, I got a yes from both and needed to decide! IT won, just about, because I was afraid that as a marine technologist I’d someday make a tiny miscalculation and a whole ship with its crew would sink! A bit far fetched, I know.

Before I knew it, I was sitting in my first ever programming lesson. There was me, one other girl and maybe twenty boys. I didn’t notice the imbalance until some of the guys loudly pointed that out. They looked troubled by the fact and the teacher laughed.

I wrote my first lines in C# and for the next five years I was busier thinking about “what’s wrong with my code?” rather than “what’s going on with women and tech?”. I remember my classmates used to say I’m one of the guys. “In a good way you know”.

My first contact with Drupal was during an internship as part of my studies. I hated it. I remember saying “I’ll never touch Drupal after I’m done with the internship”. When one of my friends asked if I wanted to write my thesis based on Drupal, for some reason I said yes. But here’s the thing: during my studies, I was working outside of my comfort zone on an almost daily basis. I managed to pass all my other courses, so why wouldn’t I manage this as well?

The problem wasn’t Drupal. It was just that I needed to know it better. So I did. I wrote my thesis, I graduated, and I continued working with Drupal. At some point I found myself enjoying it. The more I learned, the more I liked it. My comfort zone was expanding!

After a few years of working with Drupal, I thought I’d had enough. Maybe it was because I wasn’t learning much from it anymore. Work started to feel like work instead of continuous challenges. I and Drupal needed a break.

I planned half a year ahead, saved money and quit my job to go hiking in the US. That was one of the best decisions I ever made. Not because living in the woods was all magical but because I feel that’s the main reason why I’m here now, writing this blog post. When I left I was sure that when I returned I wouldn’t be working with Drupal anymore – maybe not in tech at all. I felt like I’d gone too easily with the flow and just ended up in the wrong field. But after a few cold and rainy months of hiking, I noticed I was thinking about Drupal again. Maybe it wasn’t that bad after all. It at least deserved a second chance. And that’s how I ended up working at Wunder.

Just a few weeks back I heard one of my colleagues say “we have only one female developer in our unit in Finland”. I thought there was something wrong with me because I hadn’t noticed that throughout the one and a half years that I’ve been working here.

Then I thought again. If I felt so comfortable here, why wouldn’t other women too? I can’t find any reason why women couldn’t be as good, or even better, developers as men. I remember many of my friends saying that they’d never be able to learn to programme or asking me if I thought that they could. Every time I’ve answered with 100% certainty: “yes you can”.

Now Wunder is encouraging women to get into IT by being a part of this awesome #mimmitkoodaa project. Last Wednesday we attended the project launch event and I was stunned. The women there were truly interested and had tonnes of good ideas, questions and stories. Where have they been all this time?