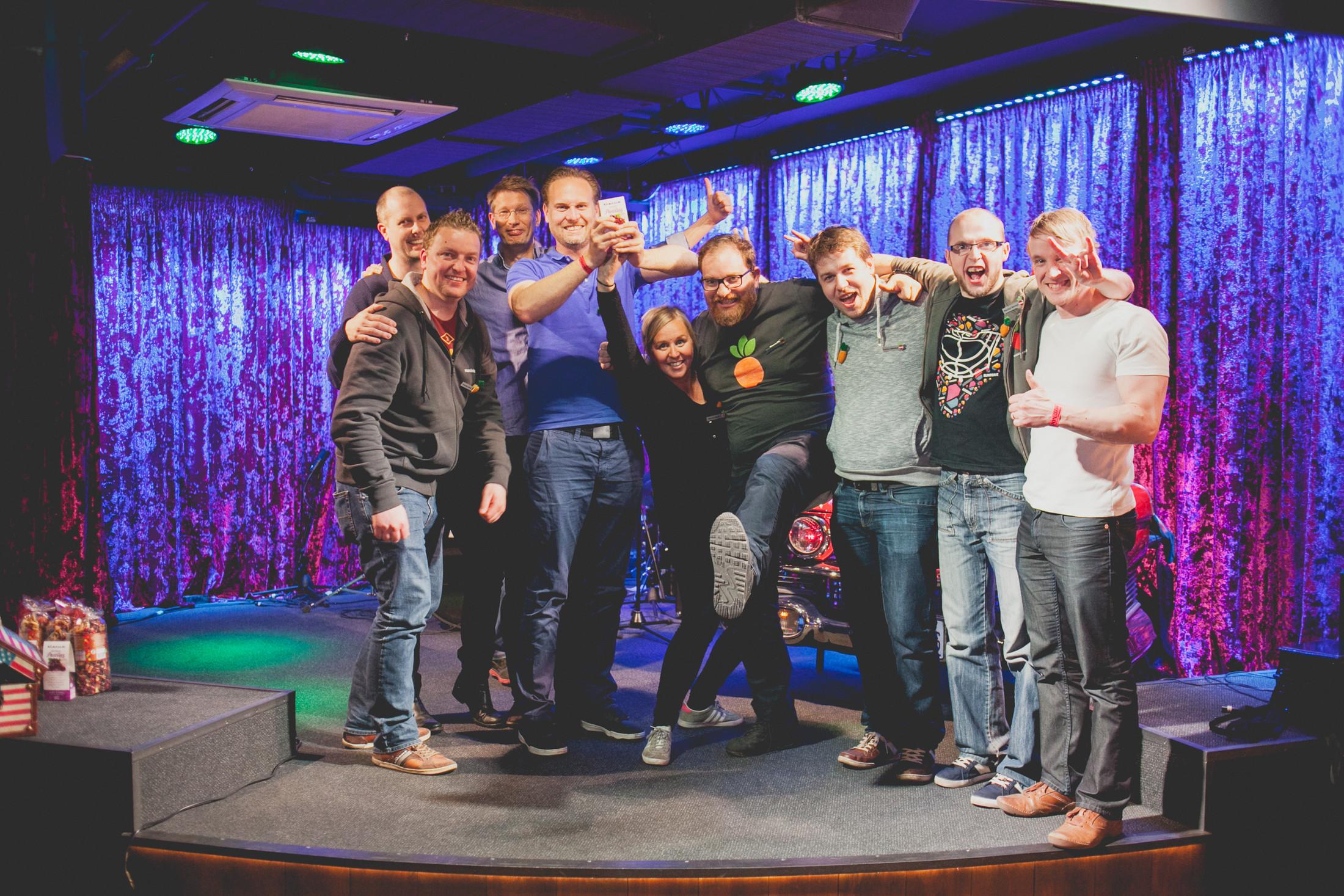 We have the best system for recognition, positive feedback and for rewarding for helping others. It’s called WunderHugs. Yes, we give each other hugs. Hundreds of them every week.

Traditional bonus systems are “broken” in the sense that they are very hard to apply to different professions, they’re very inflexible in a changing organisation and sometimes they make people do really crazy stuff. For example, they make people sub-optimise their actions for selfish purposes and not the common good. As a result, many modern organisations have no incentive systems at all. Instead, everyone gets a fixed salary.

We’ve been developing our hug system from 2013 when we first heard of a Management 3.0 rewarding model called Merit money. We started running tests with it – first with no monetary incentives and a smaller group of people.

What the system in practise does is that I can give any Wunder team member five hugs each week and attach a small note with each one, like “thanks for helping me solve that tricky coding problem the other day”. This feedback goes into the system, will later be read by a management team member and will ultimately be delivered to the person I hugged along with all the other hugs they received in the past weeks. Each hug also has a monetary value, i.e. every time I hug somebody, that person later gets a small bonus (between 2€ and 10€ depending on company performance) in their salary.

The individual hugs are small money, but the system is estimated to hand out some 200 000€ company-wide this year. All of this goes to our staff for being worth hugging.

Even if it’s great to give people money “carrots” for being worth hugging, the real reward is getting the feedback. No human ever has complained that he/she gets “too much” positive feedback and encouragement at work. Thus, having a system where we constantly recognise the good that we do for each other is really valuable. To prove my point, I’ll pick some of the feedback from a hug report I received just today:

Thanks for being easy to contact and available when needed!

For continuously doing good job as the CEO. You rock, Wunder rocks!

A great pick for the Christmas present book. Also, we have a really good atmosphere here!

Taking time off for a new baby is a great move. You've demonstrated to the team that work is important but family (life) is still a priority.

For sales retreat planning & execution, it was great!

People do different stuff for work, but we all get feedback like that.

Read more about our hug system, and if you want the system in your company, please don’t hesitate to contact us for help!