New Espoo.fi was built entirely remotely and is now live

At the beginning of September, the City of Espoo launched its new website. The site was designed and developed completely using remote connections, and the website renewal was wrapped up on schedule. Now the new Espoo.fi accessibly serves Espoo’s every citizen and stakeholder. 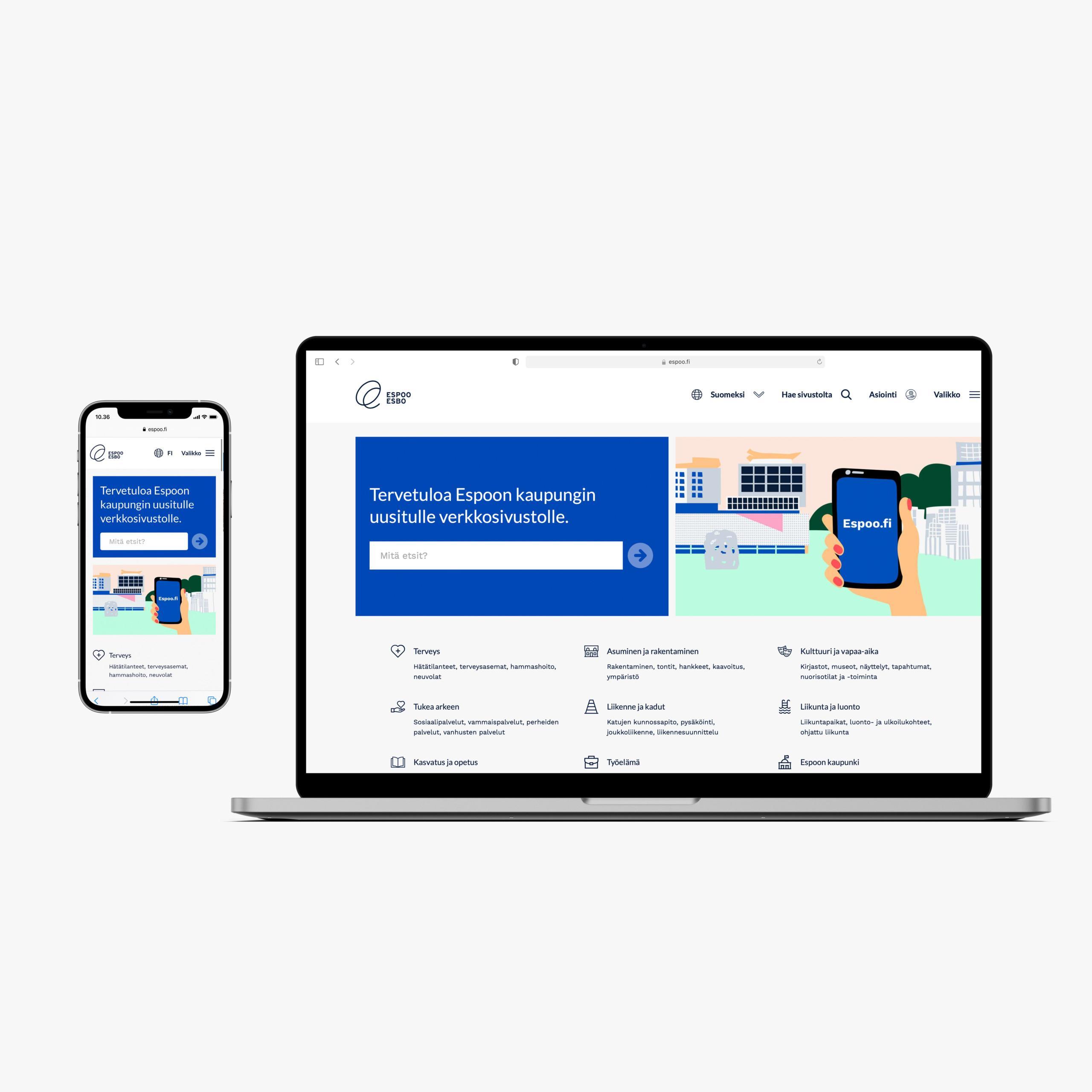 After running a successful beta stage, the City of Espoo’s renewed website, Espoo.fi, was officially launched in September. Espoo is Finland’s second-biggest city, which website now serves its citizens and stakeholders at AA-level accessible. The close collaboration between the City of Espoo and Wunder began in late Spring 2020 when designing and building the new Espoo.fi kickstarted. The result is a user-friendly, modern and stylish website, and from where any information can be found quickly – thanks to the straightforward search function.

The users of the old website and active citizens of Espoo were included in designing and concepting the new Espoo.fi. Important information for the renewal was gathered from their feedback and wishes. Before launching the new site, a beta-version was used for several months to test the new concept. The development ideas that the users gave on beta.espoo.fi shaped the new site to its present form, which continues to be polished to become even better.

One of the main development areas was to build a robust search functionality to make the information easy to find. As a result, the search function has nearly superseded the traditional navigation system, which only has a minor role on the new Espoo.fi. Now, with the search function, the citizens can easily find information about the city’s services and the city planning projects and decisions related to their area.

The national recommendation for remote working brought extra spice to the project, as the renewal was made completely remotely with online tools. Project manager Sarianna Visuri from the City of Espoo says about the circumstances in a news article on Espoo.fi (translated from Finnish):

“At the end of the project, we pondered how the website would have turned out if we had built it together while working at the office? We concluded that the website would not probably have gotten any better, but some of the matters would have been more efficient to communicate at a conference room while being able to use body language and illustrate the thoughts.”

“The project has proceeded in time, in the budget, and in good spirit.”

The new Espoo.fi is a decoupled solution using Drupal 9 as the backend system, and the frontend was built with React. The technology behind the search function is Elasticsearch. Wunder manages the website hosting with its own and green Silta hosting service. In addition to developers and designers, Wunder’s project team also includes an accessibility specialist who ensures that the accessibility is taken into account throughout the development. The collaboration continues with continuous development, where the common goal is to develop the website in a customer-oriented way.

We design and shape web services with a win-win-win -mentality. So reach out to us, and let’s turn the digital presence into your competitive advantage!