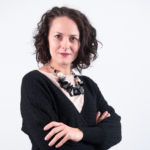 We kickstarted the new work season with a bright and colorful gathering in Latvia to celebrate the Future, Nature, Technology, and Humanity. 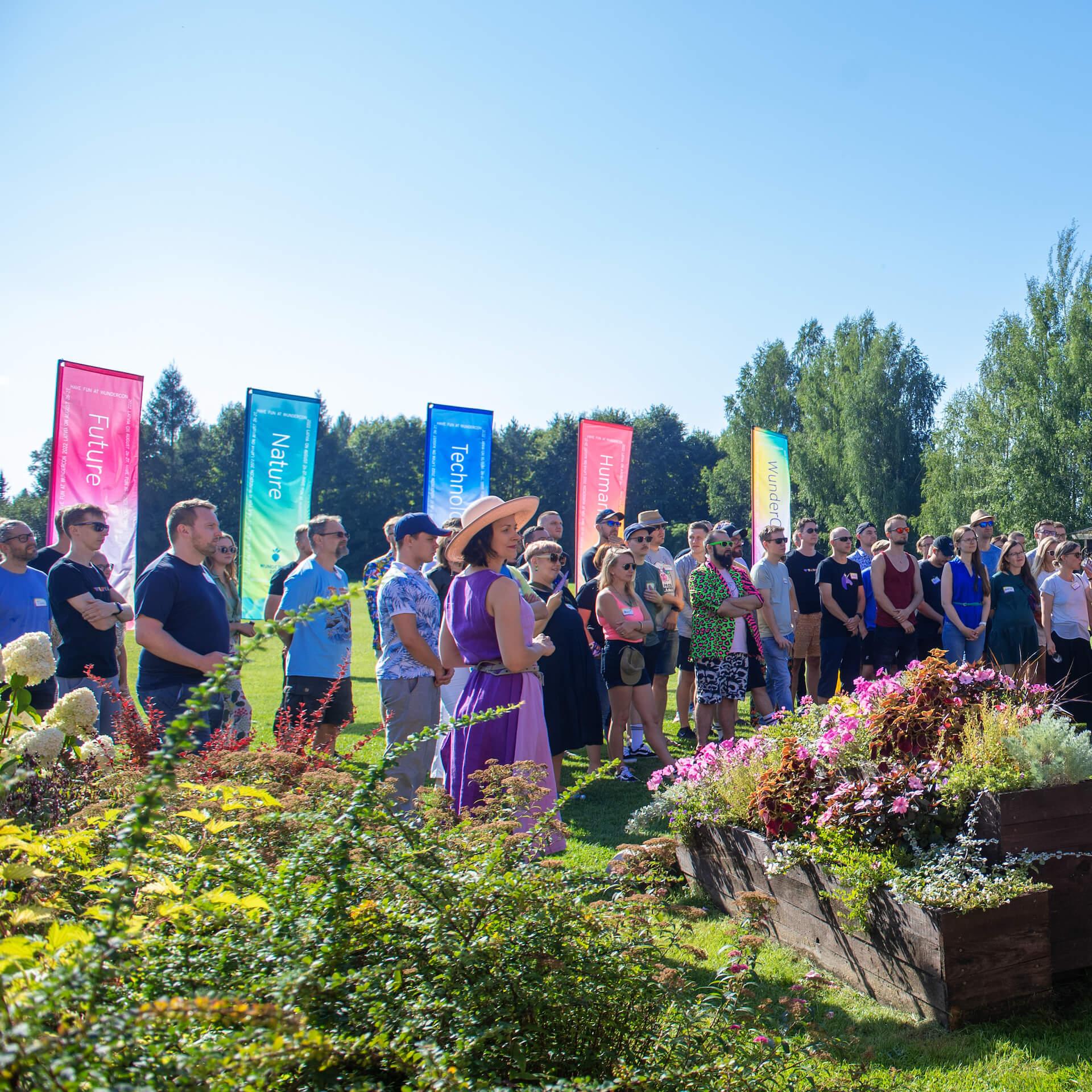 WunderCon is our internal event where all Wunderers gather in one place to get to know each other, build team spirit, share knowledge, play games, and have loads of fun but also many deep and meaningful conversations together. The very first WunderCon took place in 2014 and ever since we had those company-wide get-togethers once a year. Due to well-known reasons, we had to skip physical gatherings for a couple of last years, therefore it felt so special and even magical to meet people face-to-face and be physically together in the same space again.

Sun, wind, and nature around us

It is not that often that you get +30 degrees at the end of August in North-Eastern Europe, but we so got it! And we so deserved it! And I have to admit that without the perfect weather conditions, it would have been much harder to implement the Solarpunk manifesto-inspired idea of coming together to celebrate:

The guest house “Debesu bļoda” (Heaven’s Bowl) in Ogresgals, Latvia was the perfect venue – far away from the city rush, surrounded by cornfields and forest, and with limited internet access – that fully supported our aim to be present and spend a quality time together, interacting with each other. 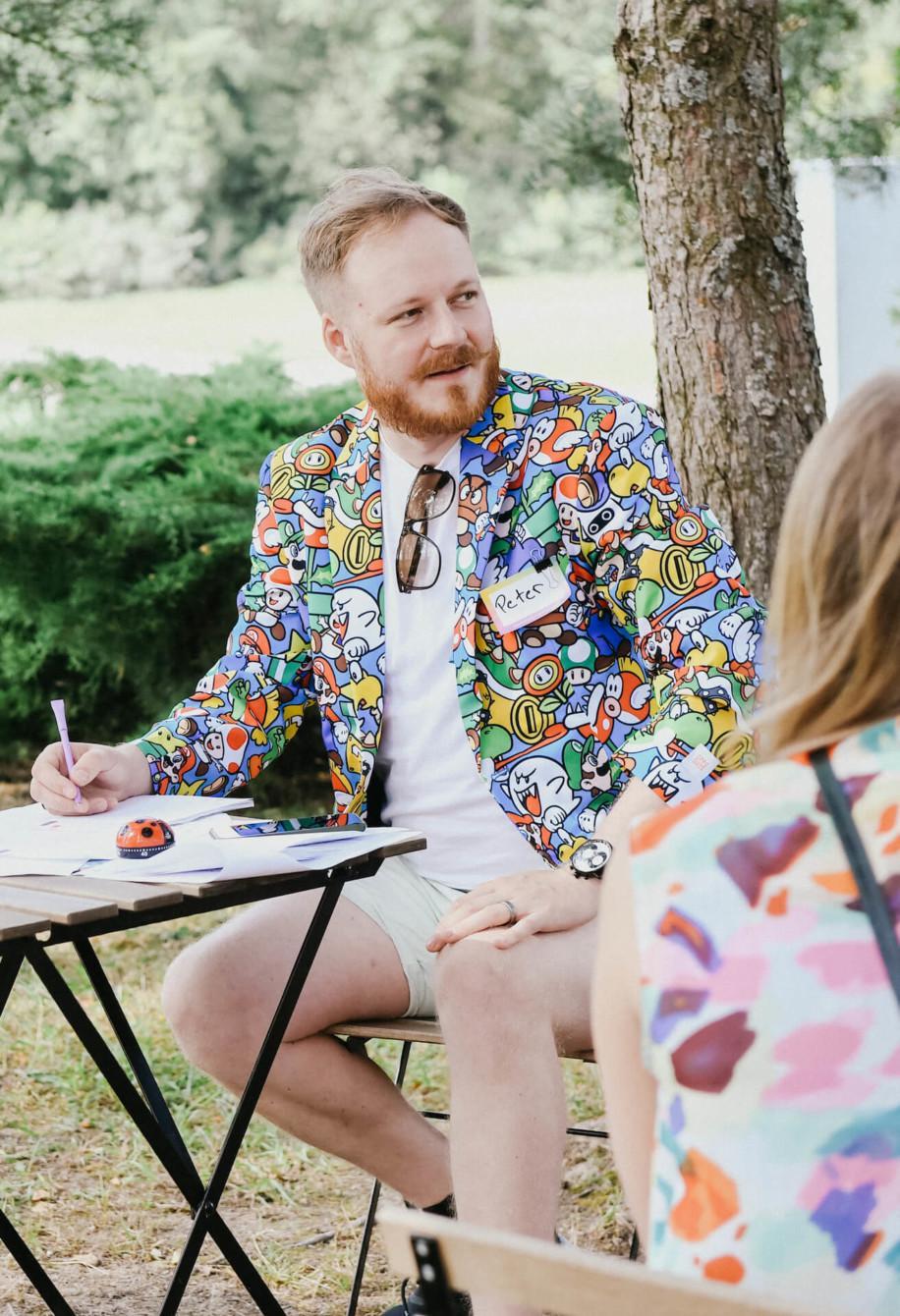 If coming together is a blast, then co-creation is a powerful fusion. Of course, it is great to meet and have a chat, but we really wanted to make the most of this event. So we had two rounds of workshops: the first one based on our expertise areas and the second round based on the client’s industry we work for. In both workshops, THE question was: What would you like to see Wunder do in 2025 within your expertise area?

In a fun and playful manner, together we made our 2025 Wall. First, we managed to get 80 different future perspectives which later on were combined into four visions – one for each of our client portfolios (based on the client’s industry). And regardless of the technologies and approaches mentioned, the two themes that constantly appeared in the visions of Wunderers were Sustainability and Collaboration/Co-creation.

The level of alignment of Wunderer’s values and how we wish to develop the digital in today’s world positively surprised almost everyone. One of our company’s values, “We take care of each other” will organically grow to cover not only the co-workers, clients, or their customers but also the other habitants and living creatures on this planet. And since going far is easier if you go together, the idea of co-creation and collaboration feels like the right way to proceed.

After the hard (yet inspiring) work on visions, we had the long-awaited party which also was themed accordingly – connecting the comfy and natural with tech and inventions. One more nice surprise was the 10 cakes for Wunder’s 10th birthday which we were supposed to celebrate in 2020. So we took the chance and celebrated it NOW because there is never too much of a celebration, right? And since diversity is also something we cherish, some Wunderers were dancing their hearts out while some others were lying on the rooftop terrace, enjoying the night sky and admiring the Milky Way. And quite many of us managed to do both.

The rest of the weekend was spent in a variety of leisure activities – discovering the surroundings with the fat bikes, improving and tuning our old/unusable clothes, competing in decoupled toy car races, balancing on the slackline and balance boards, playing giant board (or in this case ground) games, enjoying the sauna and jacuzzi, eating the popcorn while watching a movie together, sitting around the bonfire and sharing funny stories… and most of all – being together and connecting with other. 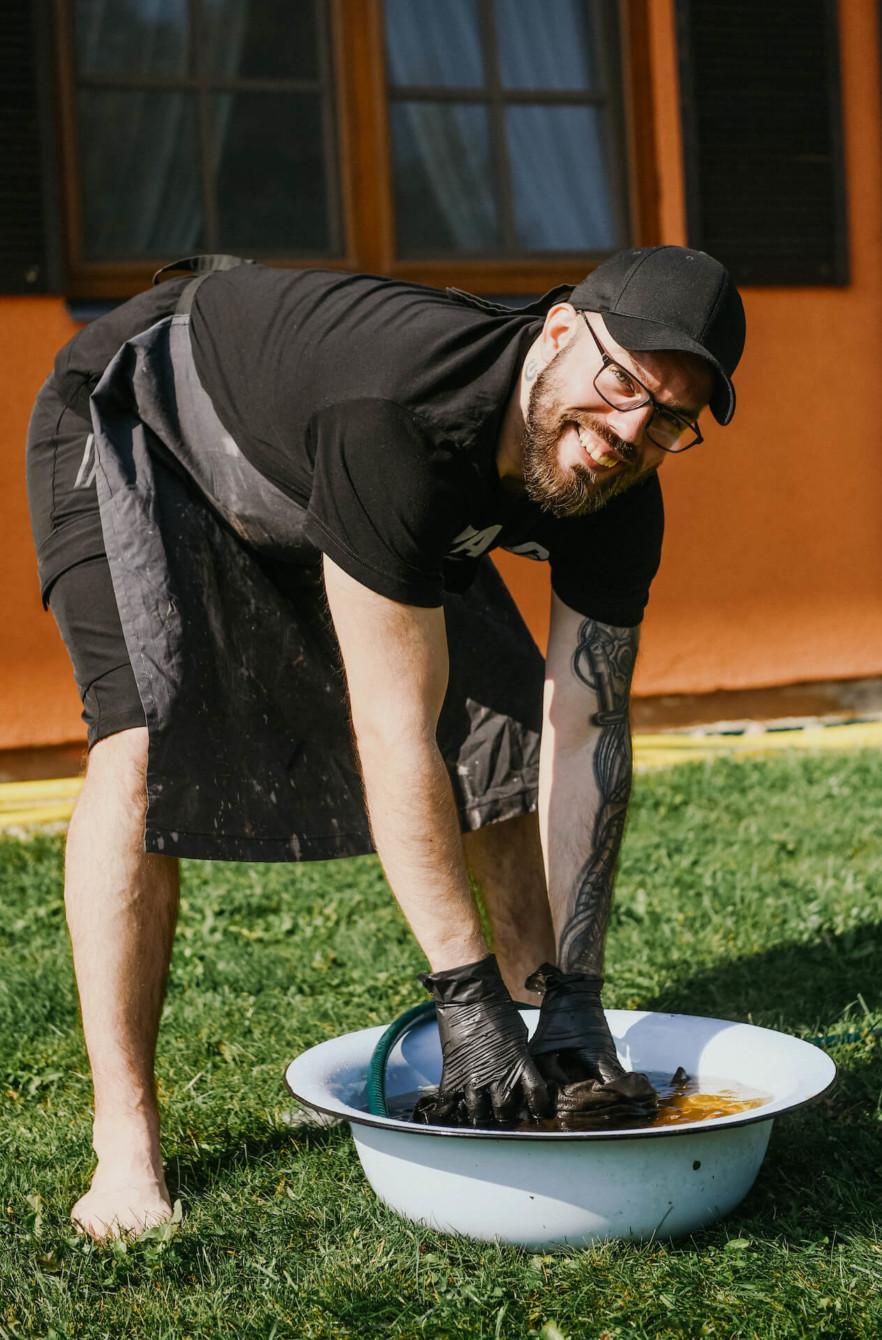 After this amazing weekend in Latvia, it feels like we all have soaked up all that solar energy, recharged our social batteries, gathered a ton of amazing memories, and now are truly ready to aim towards our common vision – to shape the digital world together by co-creating sustainable solutions.

P.S. We are taking responsibility and action for the climate. That’s why we’re partnering with Compensate to offset the emissions created by our travel to WunderCon 2022. 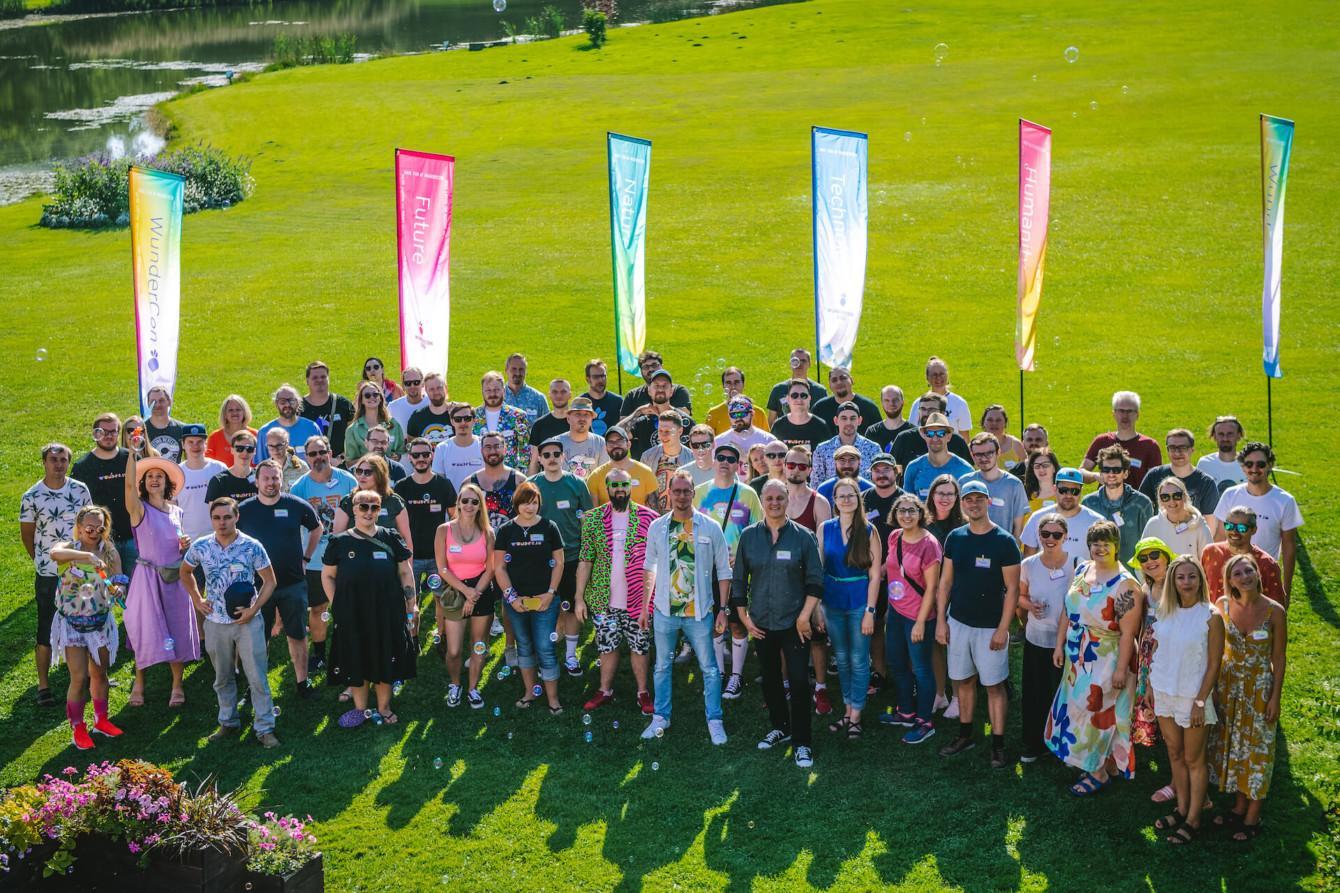 Do you wish to shape the digital together with us? Check out our open positions!

Careers
Back to top

10 years of sharing, caring and daring

Top 5 reasons why Wunder is (again) a Future Workplace Article

Top 5 reasons why Wunder is (again) a Future Workplace

10 years of sharing, caring and daring

Top 5 reasons why Wunder is (again) a Future Workplace Article

Top 5 reasons why Wunder is (again) a Future Workplace